Even though Charley is a Great Dane puppy and absolutely huge, she’s still scared of a lot of things.

“She goes into attack mode over things that are out of place,” Jessi Mach, Charley’s mom, told The Dodo. “She has kept us ‘safe’ from candles, trash cans, baskets and weird things that she thinks don't belong in the house!” 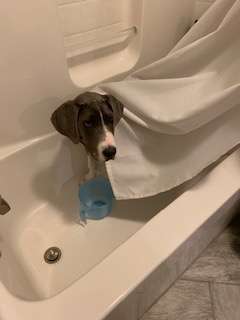 One day, Charley’s dad was trying to get some yard work done and took out a leaf blower. Charley’s dog brother Winston immediately tried to “attack” the strange machine, and after watching him barking and biting at the air, Charley decided to get in on the action, too. 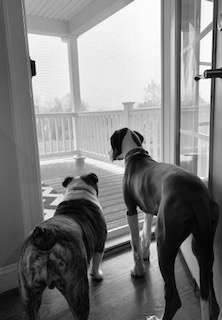 Charley stepped up to the leaf blower and started barking and biting, just like her brother had — but this time, the results were MUCH different.

“We thought it was funny that her face blew around so much,” Mach said.

Her dad couldn't stop laughing at Charley’s jowls flapping in the wind, and immediately took a video and some pictures so he could show his wife. As soon as she saw Charley’s big goofy face, she couldn’t stop laughing either and decided she needed to share the pictures with everyone.

Mach shared the photo on her Facebook page, figuring a few people might enjoy it — and was shocked when the entire internet fell in love with Charley and her crazy face. 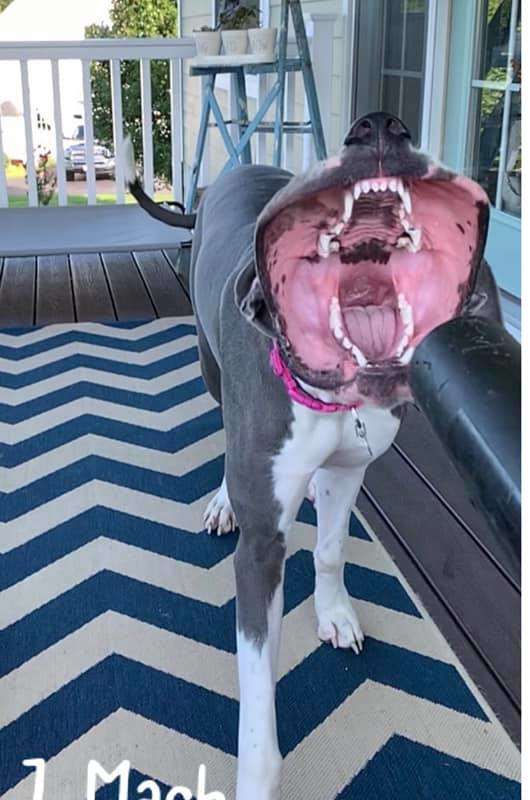 “People kept asking me if they could use the picture or share the picture,” Mach said. “I said of course, I didn't think anything of it.”

By the next day, the picture was everywhere, and so were a ton of memes that people had created from it. Every meme compared Charley to a different movie and TV show character, and each one was funnier than the next.

“Most people are wowed, say that the photo is so cool and link the picture to a variety of scary shows, characters and movies,” Mach said. “People have been very creative in comparing Charley to a Demogorgon from ‘Stranger Things,’ a stingray, The Predator, the Venus flytrap in ‘Little Shop of Horrors,’ Jaws, vampires, the spitting dinosaur from ‘Jurassic Park,’ a cobra … I can't keep track!” 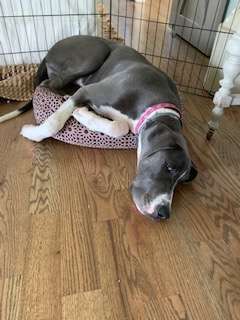 All Charley wanted to do was protect her family from the leaf blower, and now, the adorable, goofy pup is internet famous for life.

I Tried This Booty Workout With My Cat - and Yes, You Read That Right